Celtic Rock with the Young Dubliners on August 11 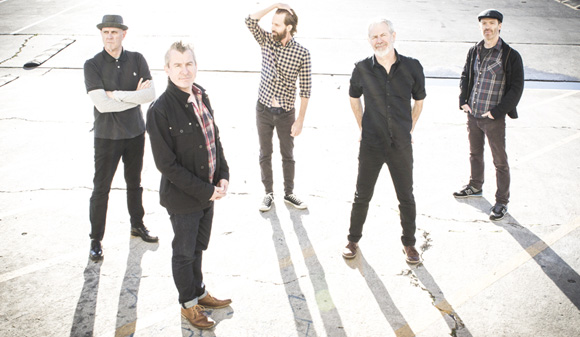 The Irish Cultural Center invites you to an evening with the Young Dubliners, one of the most acclaimed and quite possibly Celtic rock’s hardest working band. This is a special opportunity to see the California-based band, made up of Irish and American musicians, in a rare New England appearance.

Tickets are general admission, table seating. Cost is $18 for ICC Patrons, $20 for general public, $25 at the door. Tickets are available online or by calling the Irish Cultural Center at 413-333-4951. Online ticket sales end at 9:00 am on August 11. Receive a 10% off coupon for the ICC’s new Irish House Restaurant with each ticket.

Listen to an interview from July 23, with lead singer Keith Roberts, and Louise Dunphy of Celtic Crossings.

Thanks to Our Show Sponsors

About the Young Dubliners
The Young Dubliners sound is most commonly called Celtic rock. The Irish influence is there, certainly, but its not the only influence that rears its head on their albums, or in live shows. “That was always the idea,” Keith Roberts, lead singer for the band explains. “The sound was always intended to be a hybrid because we all come from different backgrounds. Even though two of us are from Ireland, a lot of the music we listened to growing up wasn’t Irish at all, but when we got here, we got homesick and developed a new appreciation for Irish Music. In truth the Celtic riffs can just as easily come from the American band members. Everyone writes now so you never know what we’ll end up with when we start on a new album.”

The band has produced 6 albums to date. Relentless touring has garnered them a following of the faithful and this has allowed them to follow their dream year in and year out. “We are very appreciative of how the fans have continued to support the live shows. It makes for a crazy but enjoyable year despite the hectic travel schedule,” says Roberts. The Young Dubliners are made up of lead singer Keith Roberts, with Chas Waltz on fiddle, Brendan Holmes on bass, Bob Boulding on guitar, and Dave Ingraham on percussion. Learn more about the Young Dubliners.