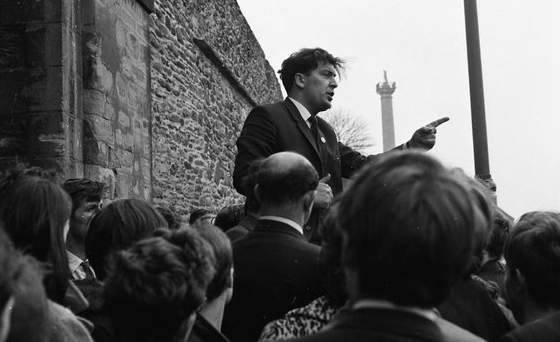 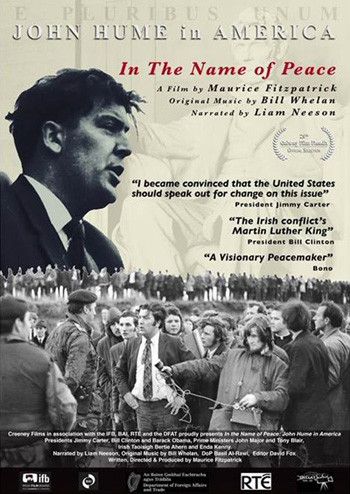 Congressman Richard Neal, the Irish Cultural Center of Western New England and the Holyoke St. Patrick’s Parade Committee will host a screening of Maurice Fitzpatrick’s film, In the Name of Peace: John Hume in America on Sunday, September 16 at the West Springfield High School Auditorium, 425 Piper Road, West Springfield, MA. Doors open at 1:30 pm. This event is free and open to the public.

This acclaimed documentary, narrated by Liam Neeson, highlights the relationships cultivated between John Hume and his counterparts in the White House and Congress which ultimately led to the framework for peace on the island of Ireland. It will be one of the few times this powerful documentary has been shown in the United States.

Following the screening, there will be a panel discussion about John Hume’s life and his contribution to the peace process. The panel will consist of:

Ambassador Daniel Mulhall
Daniel Mulhall became Ireland’s 18th Ambassador to the United States of America in August of 2017. He was born and raised in Waterford and received graduate and post-graduate degrees from University College Cork in modern Irish history. Daniel Mulhall joined the Department of Foreign Affairs in 1978, and during his distinguished career has served as Ireland’s Ambassador to Malaysia, Germany and Great Britain. He is married to his wife Greta and has they have a daughter and a son.

Maurice Fitzpatrick
Maurice Fitzpatrick is an acclaimed film director and lecturer who attended Trinity College Dublin. He has made two documentaries for the BBC: The Boys of St. Columb’s (also an Irish public television RTE production) which tells the story of the first generation of children in Northern Ireland, including Nobel Laureates John Hume and Seamus Heaney, to receive free secondary education as a result of the 1947 Education Act. The second film is an examination of Brian Friel’s brilliant play Translations, which takes place in Donegal in 1833 and explores the role of Irish language at the time and how people overcome differences. In 2017, Maurice Fitzpatrick wrote, directed and produced the documentary feature film, In the Name of Peace: John Hume in America. He is also the author of a separate book entitles John Hume in America.

Aidan Hume
Aidan Hume is a senior advisor in the global communications company Hume-Brophy specializing on developing key relationships in the United States of America. He has an MBA from Boston College and enjoyed a successful 20 year career in the banking industry. He is the son of John and Pat Hume and lives with his family in greater Boston.