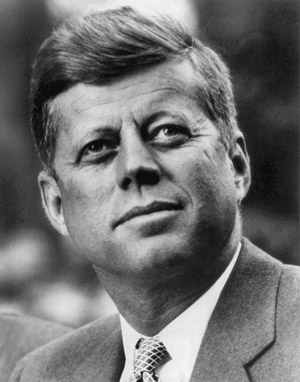 The event, free and open to the public, is co-sponsored by the Irish Cultural Center of Western New England and the Springfield Museums.

Phaneuf’s and Cignoli’s talk will include an overview of the life of Kennedy, with specific references to his ties and visits to Western Massachusetts, where he was extremely popular. The talk will include a question-and-answer discussion period. There will be a limited menu and cash bar available at the restaurant after the event.

It represents the kick-off for a series of displays and events at the Quadrangle in Springfield, to commemorate JFK’s 100th birthday. Organized by the Springfield Museums, the exhibition Jack & Jackie: The Kennedys in the White House, will celebrate the fascinating lives of America’s 35th President John F. Kennedy and first lady Jacqueline Kennedy. Highlighting the White House years of 1961–1963, the exhibition will also honor the 2017 centennial of John F. Kennedy’s birth.

Phaneuf is executive editor of The Republican and has been a journalist and historian for more than 47 years.

He has written or contributed to 13 books and developed The Republican Heritage Series to further understanding and history of ethnic groups throughout Western Massachusetts. He is a trustee of the Springfield Museums and chaired the building committee for the Lyman and Merrie Wood Museum of Springfield History.

He serves on the Armory Alliance and is a lifetime trustee of Old Sturbridge Village. His history column, Looking Backwards, ran in the daily News and The Republican for 10 years.

Anthony (Tony) Cignoli is the President of the A. L. Cignoli Company, the public relations, political and governmental affairs company he founded in 1992. The company serves political and corporate clients across America with bases of operation in Boston, Massachusetts, clients’ operations centers, and home base being Springfield, Massachusetts.

A.L. Cignoli Company has built a reputation creating success for both political and corporate clients in challenging situations; taking on tough assignments, from referendum campaigns other firms will not touch to assisting in turning around political and corporate campaigns in trouble. The firm is recognized for a holistic approach to public and governmental affairs solutions, melding Tony and his associate’s contacts and hands-on approach with an understanding of how to utilize modern applications of data mining, polling data and social media.

Tony is a veteran of over 350 political campaigns, including presidential elections in Peru, Prime Minister and Parliamentary campaigns in Italy and many referendums in Massachusetts and throughout New England. He is a frequent commentator and political analyst for newspapers, radio and television news programs.

In collaboration with the Smithsonian Institution, the John F. Kennedy Presidential Library and Museum and private collectors, the Springfield Museums aims to bring the presidency and legacy of this first family to life. Twenty-seven iconic photographs by Richard Avedon, on loan from the National Museum of American History, will anchor the exhibition, providing a glimpse into the Kennedys’ personal life while also documenting their public image. Building on the momentum of the Wood Museum of Springfield History’s popular 2013 exhibition titled The John F. Kennedy Experience: An Exhibit by Frank J. Andruss Sr, the Springfield Museums will also highlight local connections to the Kennedy presidency.

During the “White House years,” President Kennedy advocated for human rights, strengthened connections with allies, and oversaw the growth of the U.S. economy. Campaign materials and objects that were in the White House during his presidency will pay tribute to JFK’s lasting impression on our nation. In addition, fashion items from period, on display in the exhibition, will display the country’s adoration for Jackie’s elegant and sophisticated image.