ICC President Sean F. Cahillane has received a Kerry County Diaspora Award. He was one of 26 people – and the first American ever – to be recognized this year for promoting Ireland from outside the country.

The ceremony took place in October 2022 at the Rose Hotel in Tralee as part of the Kerry County Council’s Homecoming Festival. The gala event served to recognize those who have worked to help the southwest county in Ireland economically, culturally, and educationally.

Cahillane said he was happy to be able to pick up the award in person.

“This is such an honor, to be recognized for the work that has been my passion for many years,” said Cahillane, the son of Irish immigrants from the Great Blasket Island and Ballydavid, both part of the Dingle Peninsula.

The weekend events were part of the Global Irish Festival Services supported by the Fáilte Ireland and the Department of Foreign Affairs and Trade.

With the exception of Cahillane, awardees were originally from County Kerry, went abroad, mostly to London, England, to establish new lives, but always gave back to their home, many with jobs, grants, training and by continuing cultural ties with Kerry.

Cahillane was recognized for being a founder of the Irish Cultural Center of Western New England, and for helping to launch and support growing ties through travel to Ireland, business ties with the Eastern States Exposition, and government ties through organizations such as the Sister City relationship between Dingle and West Springfield. He has also been instrumental in the ICC’s growing connections with the Government of Ireland Emigrant Support Program, the Irish Consul General’s office in Boston, and with local officials and organizations across Western New England.

“It is important that we take the time, at events like this, to stand up and acknowledge the work that is being done outside of Kerry, on behalf of the county,” said Moira Murrell, chief executive of the Kerry County Council. 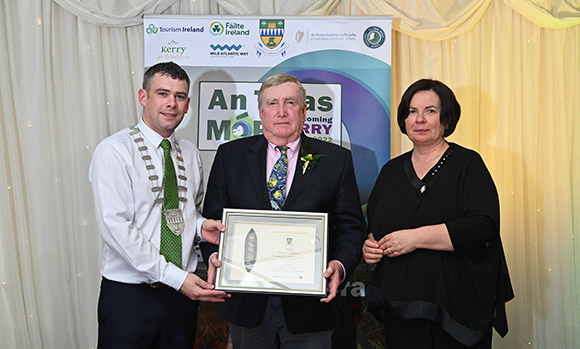 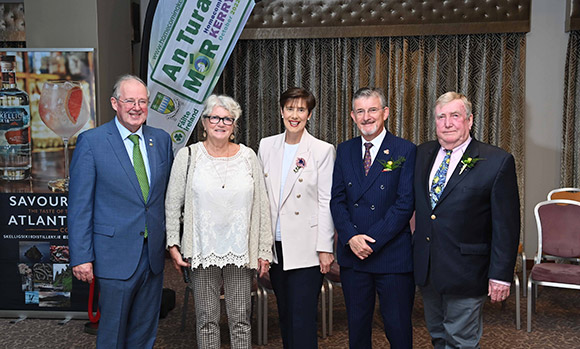 Thanks to our Business Sponsors, and Grant and Foundation Support. Click to view.

Support the ICC and donate while you shop with AmazonSmile.